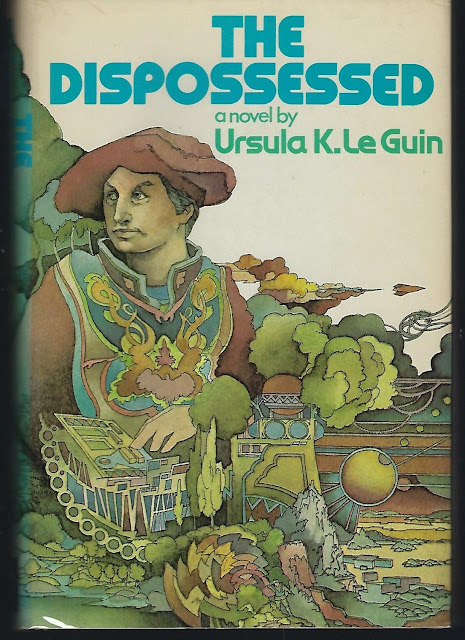 I knew nothing about this novel before opening it. This novel follows Shevek as he grows up, goes on sabbatical, and invents faster-than-light physics. The structure of the novel interlaces the chapters with ones leading up to and from the first chapter. In the first chapter, Shevek leaves Anarres for Urras, chapter two begins way back at the beginning of his life, chapter three starts from the end of chapter one, chapter four starts from the end of chapter two, and so on until the end of the novel. This structure provides a slow start to the second chapter, but things quickly build up to tensions that take hold and drive the book forward.


The usage the creator spirit gives its vessels is rough, it wears them out, discards them, gets a new model. 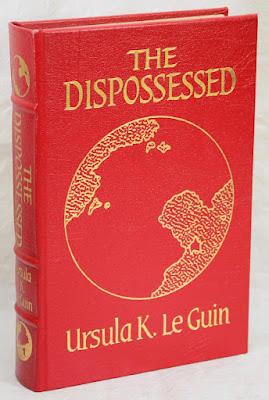 While reading this, I found aspects of it reminded me of one of my favorite books, The Making of the Atomic Bomb by Richard Rhodes. Similarities in the balance between science, character development, drama, and action first tipped me off—hey, this mix is familiar from a later-published but earlier read book. As Rhodes delves deep into Leo Szilard, Albert Einstein, and Robert Oppenheimer, he includes biographical sketches that expand and contract based on their importance to the Manhattan Project or character. Yet he never loses sight of the scientific development, political drama, and action around the Manhattan Project.


A scientist can pretend that his work isn't himself, it's merely the impersonal truth. An artist can't hide behind the truth. He can't hide anywhere. 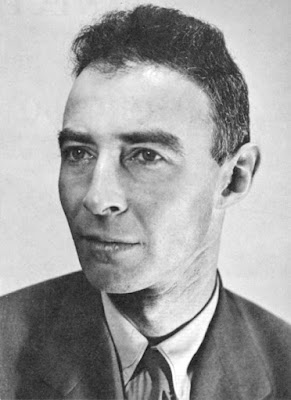 Le Guin’s novel here predates this mix which favors biography but incorporates science, drama, and action. As Shevek works through the famine years, he is assigned to write up death lists, to decide which people will die and live—the post-bombing reaction of many of the Manhattan Project scientists is echoed in Shevek’s responses to questions surrounding this job posting. Of course, after I finished the novel and started looking around at information about it, I learned that Le Guin consciously modeled Shevek after parts of Oppenheimer. But this conscious modeling should never be an excuse, so was Shevek a believable character, or did Le Guin use Oppenheimer to get out of having to build all of Shevek’s character?


“If you can see a thing whole,” he said, “it seems that it’s always beautiful. Planets, lives. . . . But close up, a world’s all dirt and rocks. And day to day, life’s a hard job, you get tired, you lose the pattern. You need distance, interval. The way to see how beautiful the earth is, is to see it as the moon. The way to see how beautiful life is, is from the vantage point of death.” “It’s nothing to do with eternity,” said Shevek, grinning, a thin shaggy man of silver and shadow. “All you have to do to see life whole is to see it as mortal. I’ll die, you’ll die; how could we love each other otherwise? The sun’s going to burn out, what else keeps it shining?” 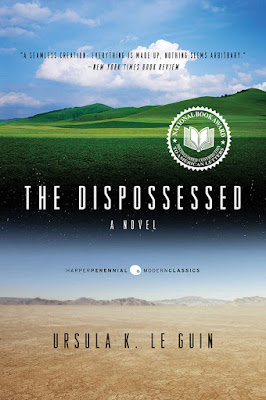 Shevek’s introverted nature is deep and wide. His lack of attention paid during his formative years handicaps Shevek later on in life—he wins some and loses some, but never really knows why he wins or loses. Shevek is just Shevek, and he expects others to react to him, rather than changing how he acts to better influence others. Yet he eventually begins to realize and appreciate the influence and insights of others in his life. I see it like this: Shevek unthinkingly accepts Odonian communal truisms as a boy, ignores everything to focus on physics as a teen and twenty-something, then gains understanding into Odo’s thoughts and meanings through discovering people. As this surface-level understanding of Odonism stretches and frays, as Shevek realizes that truth exists behind the truisms, he starts to understand that other perspectives are beneficial to his own thinking and problems. At first he forgets the people in the usefulness of their perspectives, but after he loses the people and feels their lack in his life, he realizes that he has to put energy and effort in to get energy and effort out, and finally he starts to value people for themselves rather than what they can do for him or the culture. To be clear, every other character in the novel is Shevek’s foil. Shevek faces down the world. And Shevek is a complex, changing character who is fully realized within the novel. His consistent tendencies are not dropped because of deus ex machina moments, but they are modified by things like his being posted to be a death lister, his realization of subtextual human intentions, and love.


Because our sense of time involves our ability to separate cause and effect, means and end. The baby, again, the animal, they don’t see the difference between what they do now and what will happen because of it. They can’t make a pulley, or a promise. We can. Seeing the difference between now and not now, we can make the connection. And there morality enters in. Responsibility. To say that a good end will follow from a bad means is just like saying that if I pull a rope on this pulley it will lift the weight on that one. To break a promise is to deny the reality of the past; therefore it is to deny the hope of a real future. If time and reason are functions of each other, if we are creatures of time, then we had better know it, and try to make the best of it. To act responsibly. 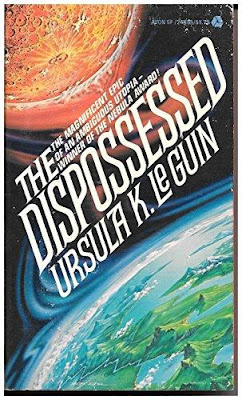 And the novel is about that change in Shevek, about the journey from lonely scientific genius, to integrated member of a group. From not understanding his religious ideals, but holding them rigidly, to understanding the truth in them, and accepting his place in the world. The journey of enlightenment, in a sense. And that’s what makes this novel so keen. From a nominal anarchist to a real one. From a nominal Odonian to a real one. From a driven scientist who is on the brink of the great understanding of his life, to a scientist who has gotten that understanding and realizes what he has missed in the process. 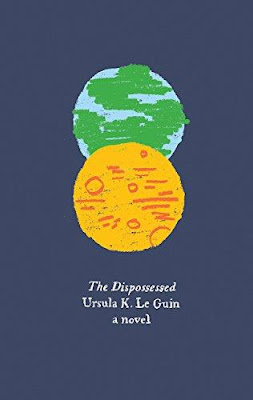 As noted above, the book—and Shevek’s changing—is about death, love, and the nastiness of humans. Though these themes are strong, Le Guin touches on many other themes and some of them are quite unique and well developed: anarchism and politics, collectivisation and personal property, gender relationships and the other, individuality versus and in support of the culture as a whole, interpersonal relationships, suffering and plenty, the creative process and overcoming barriers to it, introversion and hidden intentions, the effect of physical environments on personality and culture—this book covers a lot of territory.


The explorer who will not come back or send back his ships to tell his tale is not an explorer, only an adventurer; and his sons are born in exile. 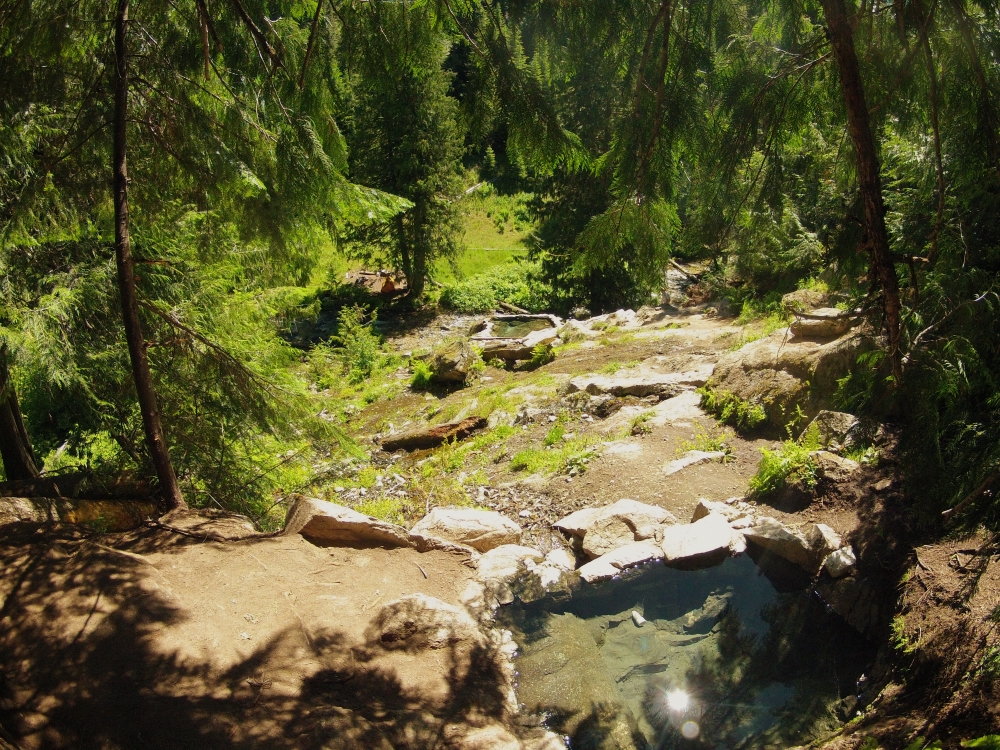 But where other novels cover a lot of themes without satisfying depth to any, Le Guin tends towards depth, exploring concepts from multiple angles through including actions and changes in characters that wrinkle those concepts. Instead of pulp fictional writing which often hammers a single theme home and merely mentions other themes, Le Guin designs each scene to allow themes to expand. Yet she doesn’t lose sight of what her characters believe, and this is where this novel attains greatness: these character and theme changes throughout the novel do not diverge massively, it’s not a clean break from introverted Shevek to partnered Shevek. Rather, Shevek goes through stages of introversion and reliance upon others, finally finding a balance in the latter chapters. This tendency of Le Guin’s to modify instead of discard earlier aspects of characters, to allow space for the transition to breathe, reflects the brilliance of her storytelling. 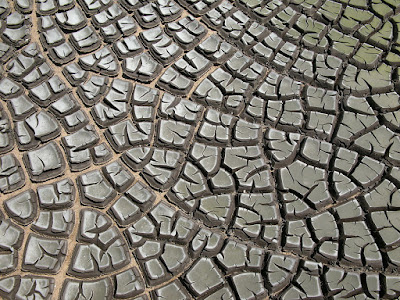 And her writing similarly rewards the reader. Instead of focusing on short, declarative sentences, she uses what declarative sentences there are as powerful transition points, as short summaries of understanding to both build towards and build from. Instead, Le Guin spends most of her words exploring topics and leading the reader to and from these transition points, these understandings. For instance, two sentences like, “I’m thinking like an Urrasti, he said to himself. Like a damned propertarian.” leads from a series of unanticipated realizations by Shevek about the nature of hidden intentions in those around him, and leads directly to the next few sentences which start to wrinkle and expand the realization of those two short sentences: “As if deserving meant anything. As if one could earn beauty, or life!” This immediate expansion shows how these transition points work in Le Guin’s writing, and she builds from them further to deeper exploration of their effects on Shevek and the world around him.


It’ll be explained. The great physicist was misled by a disaffected group, for a while. Intellectuals are always being led astray, because they think about irrelevant things like time and space and reality, things that have nothing to do with real life, so they are easily fooled by wicked deviationists. 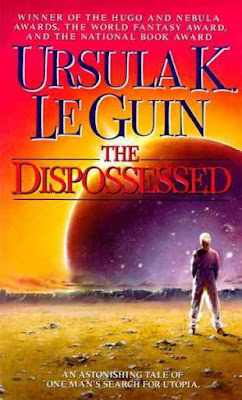 Another strength of her writing rests on her ability to make characters feel alien. Though the aliens in the book are all humans from different planets, their views and personalities feel more alien than other science fiction books with exotic, non-human aliens. The nature of the Urrasti is significantly different than the nature of the Annaresti, and Le Guin never loses sight of that. She allows that difference to modify her characterisation of each individual. Though secondary characters are secondary, less focused on and less fully developed than Shevek, they feel different in their interactions with him and statements to him. Instead of changing both her writing of and the philosophies of aliens like Iain M Banks does in Matter, Le Guin changes only their philosophies, and it works. It kind of surprises me that it works as well as it does, but it’s a testament to her developed skill that the aliens feel so alien while sounding similar to Shevek.


My world, my Earth is a ruin. A planet spoiled by the human species. We multiplied and fought and gobbled until there was nothing left, and then we died. We controlled neither appetite nor violence; we did not adapt. We destroyed ourselves. But we destroyed the world first. 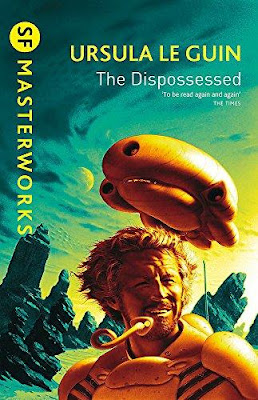 So, yes, this is a great book and I already look forward to rereading it. On one hand, it’s just a tale of a pretty cush scientist discussing suffering, but there is so much more to it than that surface level story. The story is fascinating because of the support it receives from the depth of the themes, exploration, character building, world building, structure, and writing. It lacks incessant action, so the book isn’t for fans of pulp fiction, but it gains so much more by exploring interesting themes to a satisfying depth. I love this book. 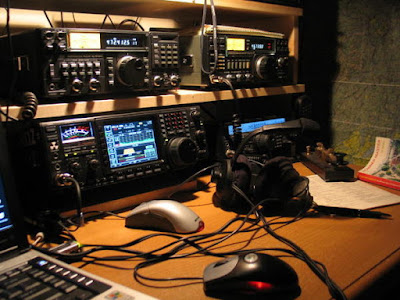 Posted by Anonymous the Younger at 10:29 PM